In the last four years of our lives, my husband has been making a concerted effort to hone his skills as a singer/songwriter. It’s not been an easy road to navigate. As his “handler” I feel the weight of his insecurities, sometimes more than I should. I feel his triumphs and his failures as if they are my own. I am a fast moving, forward motion kind of gal. I don’t require long periods of thought and planning in order to decide a direction. If I want to try something, I simply try it. If it doesn’t work, I am ok with it and can either move away from it or keep trying. The hubs is a different breed. While I am all over the place, trying new things, perfectly comfortable jumping from painting to writing to podcasts and beyond, he has all of his proverbial eggs in one basket. It is terrifyingly important to him to be successful in music, beyond his actual job. Important to us as a family that he see actualization through his personal creations. So, for the past few years we’ve learned every word to every song as he bangs it out on the dining room piano. We’ve memorized the tunes that come wafting in from his studio, we’ve slept as he’s labored over “a part” into the wee hours…. This is indeed, the record that Klooster built. Most definitely a family affair.
Last June, he appropriately got his sea legs on performing his solo stuff in our hometown. Every visit home is a virtual love fest so, it was not surprising to see it incredibly well received. Not surprising to have it met with well wishes and applause…. But what do you expect from near strangers in a new city? How will you be seen through the eyes of your contemporaries who don’t actually love you? These were the scary questions.
Last night he played three songs on a stage that was graced, throughout the night by stellar players and hard hitters in “the industry”. I was nervous for him but he seemed cool as a cucumber. Aside from a drooping mic, it went off without a hitch. Backed up by some wonderful friends new and old, he shone like a star on that tiny stage. From my perspective, his songs were well received. It was a good reminder for me that the late nights and sometimes grumpy mornings are all part of the process. That this is what he needs to be doing. This is why we left that town where everybody loves us and those we love remain. This is why leaps of faith are easier to make when you’re holding someone’s hand. Bravo, husband. 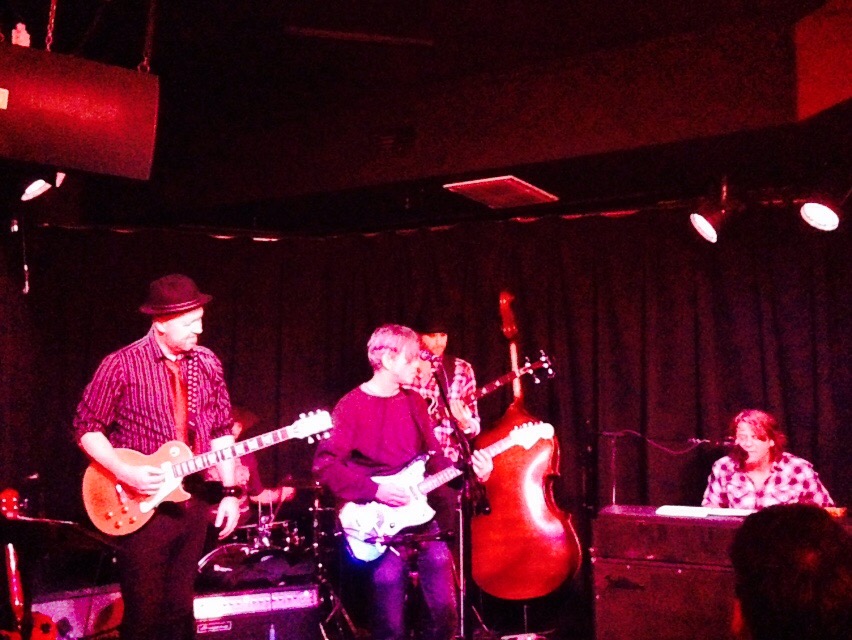