My oldest is turning ten next week and we are having what will likely be his last childhood birthday party. We’ll still celebrate of course, but he’s let me know that a few guys, a movie and a trip to the skatepark will do. Lemme think about it… Ok! You mean I can skip rsvp’s, screaming kids, goody bags et al? Sign me up! Since it’s the last one, I wanted to do something cool but I didn’t want to spend a mint. So, we are having a camp out! It’s his first real sleepover and he’s excited! We’re having a scavenger hunt, a cookout and what sleepover would be complete without ghost stories?!?!

Hot dogs and baked beans are on the menu and we’ll have popcorn and caramel corn up for grabs. But for the birthday “cake”, I wanted to do something cool and camp out themed. I came up with the following dessert and it did not disappoint! A moist and chewy brownie, topped with a toasted marshmallow, speared with a graham cracker! It’s a cupcake’s sassy answer to the average s’more.

That’s it! All you have to do is arrange them on a platter and wait for your hungry campers to dig in! Happy camping! Swearing Mom out. 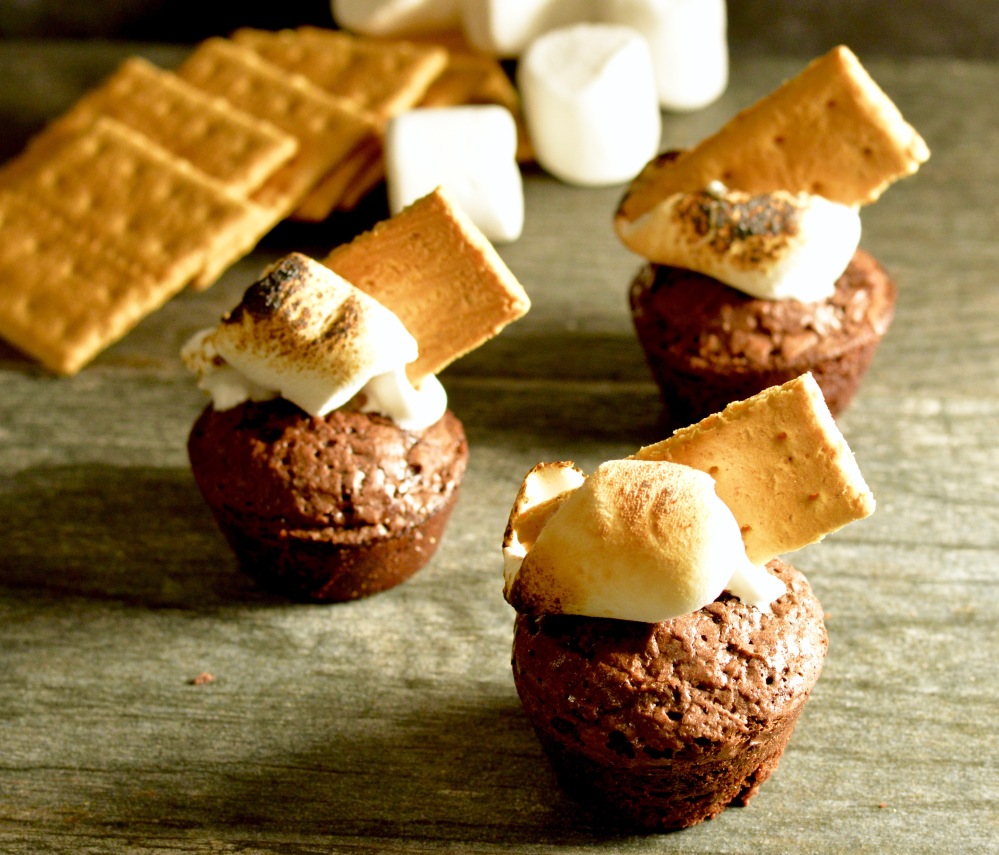