My father sat on the porch across the street, refusing to help load the truck while a dozen close friends wrapped, lifted and loaded the collective belongings of my family of four,. I really couldn’t deal with him right then.  He was being ridiculous and I had SO much to do! My mom was helping, my best friends were there, my brother did some heavy lifting as well. Into the night we worked until every last item was loaded into the largest U-Haul we could rent. We were ready to head to Los Angeles the next morning. We slept at their house that night and exchanged very few words as we rose early the next morning. I loaded the boys, gave our last hugs through choked goodbyes and pulled away. A color crayon drawing of a robot drifted from our yard to the yard of a neighbor boy. It was all we left behind. The boy ran up to my mom and handed it to her as we turned the corner. My mom finally broke down. I had just devastated my parents.

My husband Michael and I grew up in Stockton, a mid-sized town in California’s Central Valley. Michael and I had never lived elsewhere. I was still running a hundred year old flower shop which was suffering in our town’s failing economy and I had no idea what we were going to do to be successful. Mike traveled for work about half of the year as the keyboard player for the multi-platinum band Smash Mouth, the other half was filled with attempts at creating and fostering an actual music scene in our town. What it wasn’t filled with, was paying work. I on the other hand, was working six and seven days a week trying to squeeze blood out of my turnip of a small business and failing miserably. I knew we had to do something different. Los Angeles seemed like the logical choice.

I started searching for work, kind of feeling out jobs in my industry, floral designer positions, event planning, a variety of wedding oriented jobs but nothing felt right. Soon, the wife of a friend talked with me about a position at the company she worked for and it was a fit. It felt like a whirlwind. From the moment I spoke to the HR director to the day I started was exactly one month. They hired me and gave me less than a week to start. In that time, I weaned my eight month old, booked a hotel and packed my bags. I HAD to do this. I was terrified but I didn’t have a choice. My family needed this.

It’s been five years and we’ve adjusted to seeing our loved ones four or five times a year. We have made a lot of friends and truly cherish the times that we do get to be with the folk that we travel to or have traveled to us. I know in my heart that we made the right decision but it really isn’t enough. I want it all, my cake and a fork! We used to live across the street from my folks. My best friend and her two sons lived two miles away. This was a close-knit paradise for us! The only exception was our ability to earn and provide the life for our boys that we so desperately craved. Making the choice to move felt more like answering a call than choosing a path.

“I know in my heart that we made the right decision but it really isn’t enough. I want it all, my cake and a fork!”

We never meant to leave. This must be why my dad didn’t help load up the truck. It may have been a matter of couldn’t rather than wouldn’t. He and my boys have a special thing going, they are thick as thieves. My oldest would run to our porch when he pulled into his house after work and yell “Papa! I wanna come to your house!” my dad would say “No way! I’m busy!” and then he’d grin and nod his head reminding him to look both ways as he crossed the street. You can’t fabricate that kind of ease on three day visits. Instead, you cram as much “quality” into your time and make the best of it. He couldn’t help us leave, he couldn’t even accept that it was happening. I was taking his boys away. That’s really how he looked at it. I know deep down he understood, but in those last hours he was angry with me. A month or so went by and my folks came to visit. My dad likes to buy donuts for the boys so we went searching for a donuts shop, he and I. He’s a man of few words, that guy. As we drove through Pasadena, the Los Angeles adjacent city that I now called home, he said “I can see why you moved here. I understand.” and that was it. It’s not like I was going to move back or anything, but it made me feel better to know that he “got it”. To know with certainty, that he understood that we had to make this choice.

“I know deep down he understood, but in those last hours he was angry with me.”

Five years later we are still lamenting the loss of access and cursing the distance, but we get by! We are taking an even larger leap and heading to Nashville Next month. It’s more obvious than ever that we made the right decision even though we only see each other four or so times a year. I always felt bad for people who lived so far from their loved ones. I couldn’t imagine how hard it must be. Never did I expect to count myself among them. Never did I expect to hear my toddler cry “No Papa! I doe (go) with you!” as my parents drove away. Never did I expect to cry as I watched them leave. But I do, every time. 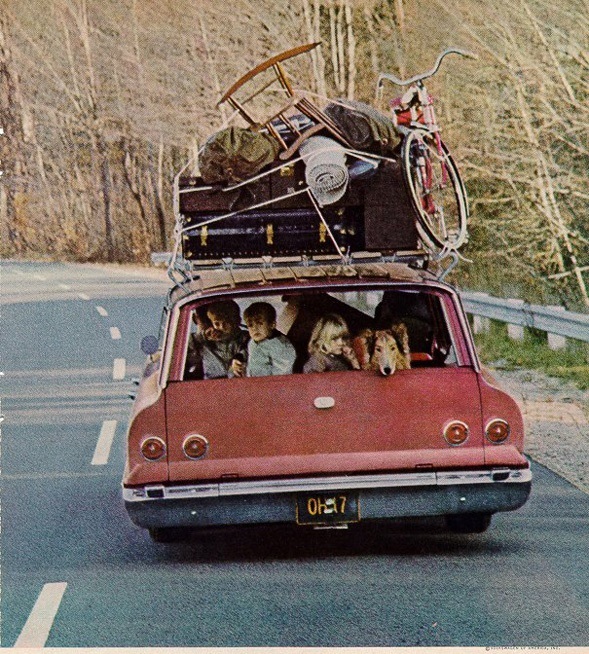