I’ve been seeing a lot of memes rolling around out there that are hash tagged #meninism. They usually involve women acting stupid or obscene with an incapacitated man. I do not condone any behavior that is meant specifically to humiliate or degrade anyone…. But meninism? C’mon guys what is that about? Are you feeling a little threatened by the feminist movement? You shouldn’t be, in fact you should join in because equality benefits everyone. I am no man hater, I am not looking to elevate women above men in some Amazonian Matriarchal society. I am simply attempting to add to the conversation of feminism’s relevance on a global level.

In many countries there are no laws that prohibit the rape of women, in some there are very vague laws and most of those do not see marital rape as rape at all. Most of these countries do, however have laws prohibiting the rape of men and even animals, but not women, apparently they are property seen as less valuable than say, a goat. In effect, your daddy owns you until he sells you to your husband and if they both aren’t amazing people you’re shit out of luck. That’s why meninism isn’t “a thing”.

There’s also this antiquated notion of arranged marriages. Again, it’s the ownership of women. We are not property. These are contracts that men sign. The daddy to the potential husband or father in law. There are usually clauses that give the potential husband an out. There could be a variety of reasons that an arranged marriage could be dissolved before matrimony. These could range from anything such as a physical attribute that the groom finds unsettling. Like, a facial scar or disfigurement. Or if the woman is seen with other men and has a sullied reputation. I’m not even talking sex, folks. This is why meninism isn’t “a thing”.

There’s also the rape culture right here in “civilized” America. In our country one in five women can expect to be sexually assaulted. One in five…. The stats on men (including children) are 1 in more than one hundred. In both cases, there are many more instances that go unreported. I suspect that the number of male rape cases are far greater due to the stigma attached to rape and the expectations we have on our male society. I find this very sad and hope that a shift will happen in which male victims can come forward without shame or judgement. But the numbers do tell a chilling story. Women, even in progressive countries such as ours, are still treated as if they did something to deserve it. This is why meninism isn’t “a thing”.

Let’s talk about earning. On average, if I have the same education, experience and knowledge of the field as my male counterpart, I am likely to earn 17% less than him. Why is that? I can’t fathom the reason… This is another reason that meninism isn’t “a thing”.

I love living in a democracy where the people’s voices are heard….. But it’s actually pretty recent that women have gotten the right to vote. It’s been less than 100 years. Men as a race have always had the vote. Yes, there were issues of race, but black MEN in our country were granted the right to vote before women. This is why meninism isn’t “a thing”.

Contraceptives in various forms, have been used since ancient times but were mostly geared for use by men. In the late 1800s there was much progress in this area in Europe. However, in the U.S. It took a bit longer. A puritanical Victorian movement at that time delayed our progress. In 1916 Margaret Sanger opened the first Contraception Clinic in Brooklyn, New York. She was jailed for 30 days and her clinic was closed. She would later reopen her clinic and go on to begin many noteworthy organizations to push forward a woman’s right to protect herself from pregnancy. It’s wasn’t until 1965 that the U.S. Supreme Court struck down the one remaining state law (in Connecticut) prohibiting the use of contraceptives. All the while, condoms were readily available for men. This was problematic because it was dependent on the man’s willingness to use the contraceptive, completely negating the wishes of the woman. The contraceptives that accommodated women remained under attack. This is why meninism isn’t “a thing”.

The division of domestic labor is a doozy…. See, once women started joining the workforce in great numbers, they were still expected to take care of their “wifely duties”. That is to say, that her money went into the general fund but her labor in the home was not accounted for. This situation is barely coming to a head. I’m raising two boys and I teach them that there is no such thing as “womens work”. There is just work and life is chalk full of it. So, do your share. This is a relatively new way of looking at housework and it is also why meninism isn’t “a thing”.

Lastly, I’d like to address the media and gender roles…. Are we seriously selling kitchens to girls at tool sets to boys…. Still? I mean, come on! My son is an artist and shies away from pinks and purples because his friends don’t like those colors… It’s ridiculous! I saw a friends husband snatch a doll away from his toddler son like it was poison! What is that? You leave your child crying for what? There’s nothing more sexy than a man who’s really into parenting… What’s the big deal?

I’m sure I’m only scratching the surface here but it really irks me to have the ridiculous idea of meninism be compared to the very real and relevant need for feminism. I think it’s lovely for a man to open a door for a woman. It makes me feel great to make a fantastic meal for my man. I’m in no way deciding what’s right for everyone, just expressing that it should be at their discretion. In closing, I’d like you to take a quiz to see if you are a feminist. Question 1: do you believe that all humans are equal? Question 2: do you believe that women are human? If you answered yes to these questions, congratulations! You’re a feminist! 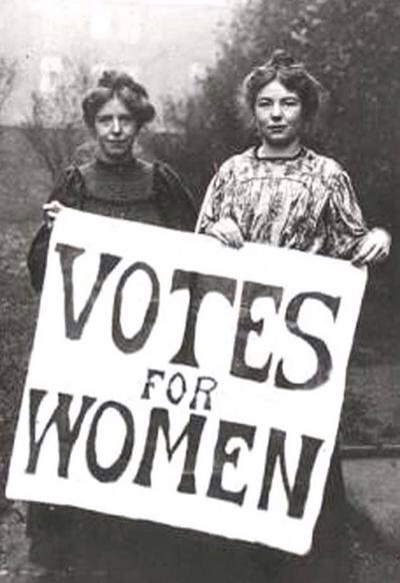